Firing and hiring an MB: Lessons from Perak Crisis | Malaysiakini

Firing and hiring an MB: Lessons from Perak Crisis

Firing and hiring an MB:

Since 1985, several state rulers have shown that they have the authority to choose the state governments’ chief executives, contrary to the common perception that a ruler’s role is mostly ceremonial.

That year saw Perak ruler Sultan Azlan Shah using his discretion to decide that Pakatan Rakyat’s Mohamad Nizar Jamaluddin no longer enjoyed the confidence of the majority of the state’s lawmakers.

Nizar’s command of the majority was never tested in the state assembly but his demand to dissolve the state assembly so voters could choose a new government was dismissed by the ruler who no longer saw him as the legitimate menteri besar.

Instead, Sultan Azlan Shah demanded Nizar’s resignation and swore in a new cabinet.

In doing so, Sultan Azlan Shah, a former lord president of the supreme court, became the only ruler in Malaysia’s history to have direct involvement in the mid-term change of a government.

Eventually, the Federal Court affirmed that it was not necessary to test Nizar’s support in the state assembly as the sultan had the powers to conduct his own inquiry to determine which assemblyperson commands the majority.

Although the ruling was the greatest legacy of the Perak Crisis, this method of determining the chief executive was not the de jure (legally recognised) method employed by rulers in two recent cases - Selangor (2014) and Perlis (2018).

In 2014, then Kajang assemblyperson Dr Wan Azizah Wan Ismail had written to the Selangor ruler stating that she commanded the majority in the state assembly. 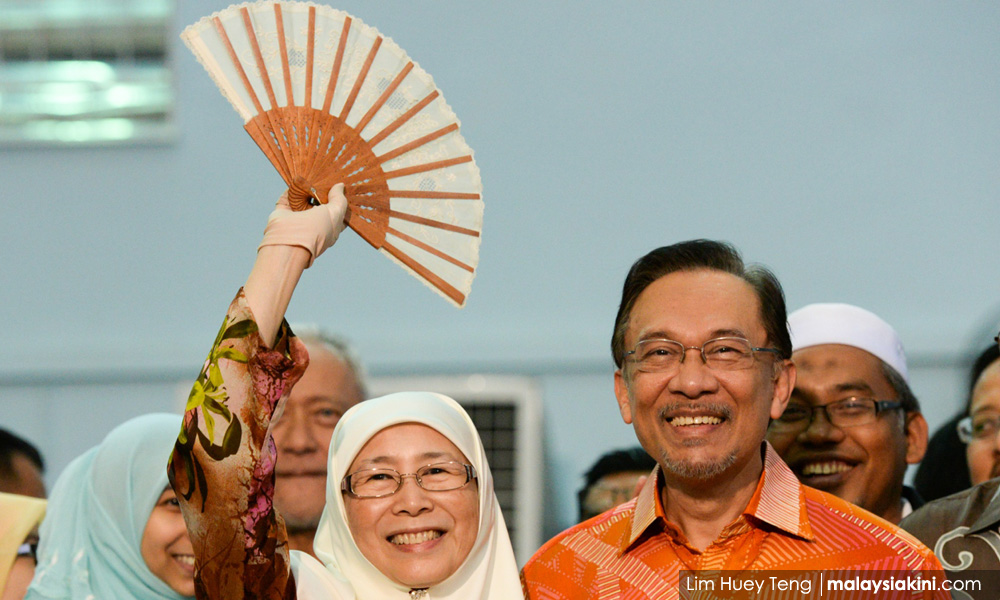 However, the Selangor Ruler took into consideration three other potential candidates for the menteri besar post, and eventually chose Bukit Antarabangsa assemblyperson Mohamed Azmin Ali for the job.

In 2018, Tambun Tulang assemblyperson Ismail Kassim too had the support of the majority of assemblypersons in Perlis but the state’s ruler Tuanku Syed Sirajuddin Putra Jamalullail chose Azlan Man as menteri besar instead.

Azlan was the last chief executive to be sworn in after the May 9 election last year and was sworn in without a cabinet because his BN colleagues had boycotted the swearing-in ceremony.

In both cases, the parties involved did not attempt to challenge the appointments through the courts.

However, that was not the case for Sabah in 2018, which saw Sungai Sibuga assemblyperson Musa Aman mounting a legal challenge against Mohd Shafie Apdal for the chief ministership.

Musa, like Nizar in 2009, claimed that the Sabah governor could not sack him as chief minister and sought a court order to declare Shafie’s appointment null and void.

However, the Kuching High Court judge ruled against Musa’s challenge by citing the decision on the Perak incident wherein the ruler can decide majority support in ways other than a vote of confidence in the legislative assembly.

Although it has been a decade since the Perak Crisis, what is clear from the three examples above is that the mechanism to appoint a chief executive can still be a source of tensions and political uncertainties. 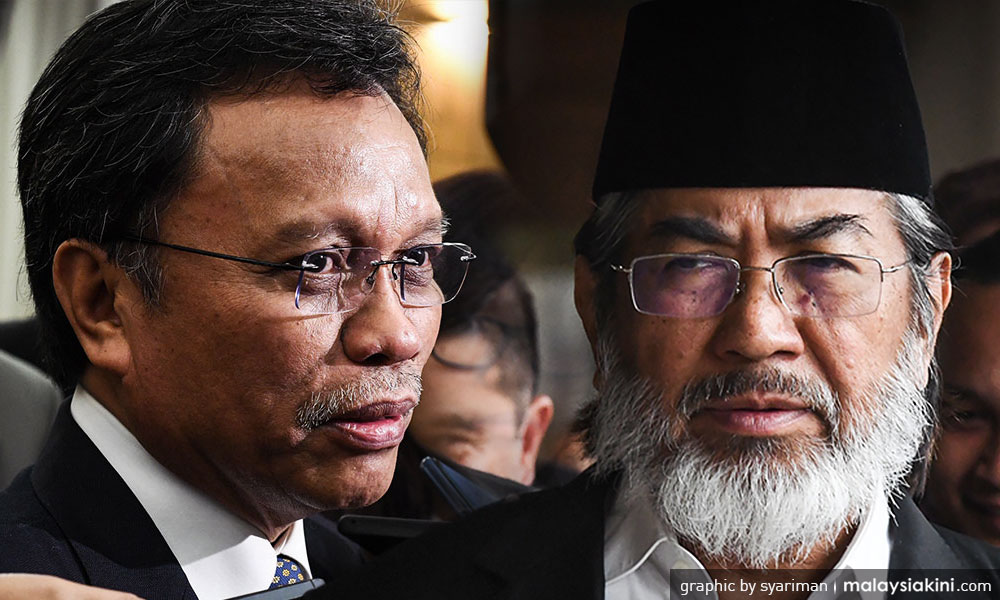 Penang Institute fellow Wong Chin Huat, who followed the events of the Perak Crisis closely, believed that there are several grey areas in existing laws when it comes to procedures involved in the hiring or firing of a cabinet.

“Grey areas should be minimised in at least two aspects. First, as in the Perak case, when a majority government collapses, its request for fresh elections should be consented unless there are strong overriding grounds.

“Second, when a party or coalition has a clear majority, its candidate for chief executive must be appointed to the top job.

“The head of state cannot demand a different candidate, or a few shortlisted candidates for him to choose from,” the political scientist told Malaysiakini in an interview.

Wong believes that a simpler way of appointing a chief executive is to emulate Japan and Germany, where lawmakers vote for the candidate of their choice.

“This reform should start with states without Malay rulers, so that the public can assess its merits.

“With such explicit procedure, the fiascoes that followed the state rulers’ appointment of new chief ministers within 48 hours, in 1985 and 2018, could have certainly been avoided.”

Another political commentator Ng Yap Hwa said Malaysia, despite emulating the British constitutional monarchy and Westminster system, disregards the legislature when it comes to appointing the chief executive.

“There is parliamentary supremacy in Britain but we don't hold such principles to high regard here.

“In the case of Perak (2008) and Selangor (2014), the prospective chief executives merely submitted a letter to the rulers to state that they had the majority,” said Ng. 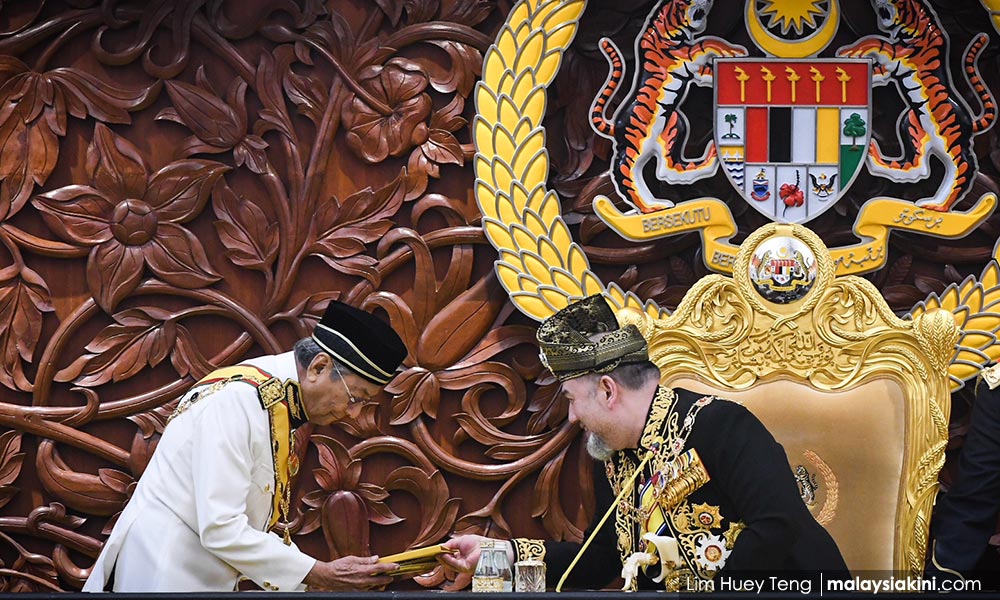 He said that this gave the rulers indirect influence over what was supposed to be a democratic process by means of collective decision-making.

Like Wong, Ng believes that either Parliament or the legislative assemblies should be the proper forum to appoint the new chief executive.

“Important positions, such as that of chief justice, require parliamentary approval. So why should the appointment of the prime minister bypass Parliament?”

Ng added that Malaysia should amend its laws to make a no-confidence vote mandatory in such cases and that the Parliament should be considered the supreme and representative decision-making body.

In 2011, the British Parliament passed the Fixed Term Parliament Act, which clearly codified a no-confidence vote, the first in modern British history. 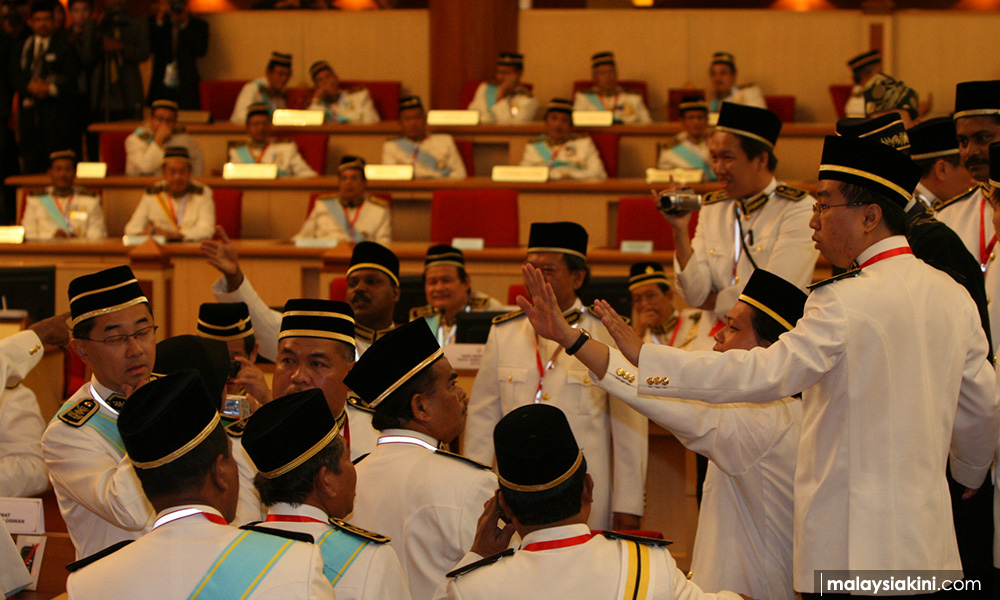 No need to amend constitution

“We can leave it as it is. We don't need to amend the law. The convention is there for a reason.

“There might be instances where the ruler should not allow a fresh election, such as if a crisis happens just one month after new government is formed.

“There are very limited circumstances to withhold a request for a fresh election. So I think there is no need to amend the constitution. But at all times, our constitutional rulers should follow convention.”

Similarly, Southern University College assistant professor Phoon Wing Keong said that in any constitutional crisis, the ruler should abide to a request for a dissolution of Parliament or state assembly and let the voters decide.

“When a chief executive views that the political scenario has changed and the support of the assembly is not clear, it could be dissolved.

“The sultan or head of state should abide by the request unless it is irrational,” he said.